Off Grid Solar is a great alternative charging method for batteries, where traditional charging methods are unavailable and/or costly. If you get it right, it’s fantastic – but if you get it wrong, it can be a never ending headache!

Are you looking to build, and don’t yet have power to your site?

Or, have you been quoted a phenomenal price to get power to your property?

If so, you’re an ideal candidate for off grid solar. Your return on investment is likely to favourable.

Every off grid solar system we do is custom-designed, and there is a lot of work involved in determining the right solution. Our expertise in this area means that we can guide you every step of the way. We also won’t sell you something you don’t need.

The first step is for us to evaluate your needs. To get started, fill in our load calculator and email it to us. This enables us to define how much power you are likely to use and allows us to determine a suitable battery bank for you.

Solar then simply becomes the charging method for that battery bank.

When we design your solar system, everything we do comes back to this bank. THIS is the key in getting it right. And remember, no-one knows batteries like we do. We have a comprehensive range of battery options and we know exactly what it takes to keep them in optimum condition.

Bev & Des live on a remote block in the Horowhenua. In 2015 they relocated an existing 4 bedroom dwelling to the property.

At the time, they were quoted over $60,000 to have power taken to their site. This included a 6 month wait, and the purchase of a transformer – which once established, they wouldn’t even own!

After speaking to the couple, we quickly determined that we were able to offer an off-grid solution for the same kind of money. The house now runs entirely off a 48V bank of batteries, coupled with an Outback inverter. They have an array of solar panels installed on their neighbouring shed which maintains the batteries.

This has given Bev & Des full autonomy of their power supply: no power cuts, and no on-going power bills! Their budget for battery replacements is roughly that of a monthly line connection.

Fast forward to 2019, and Bev & Des are as happy as Larry. They have run their back up generator a handful of times, during the height of winter, but other than that they are fully independent. 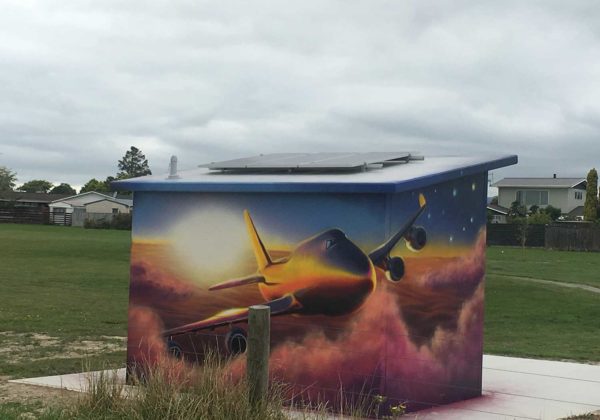 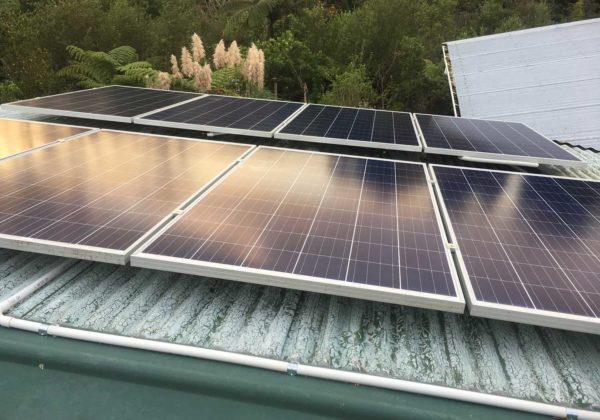 Share on FacebookShare on TwitterShare on Linked InShare by Email

Due to Alert Level 4 our retail store is closed. However we have registered with MBIE and are able to sell essential goods and services in a contactless manner.
We are offering free local delivery in Palmerston North & Feilding and paid nationwide delivery via courier.
For more information please contact us Dismiss